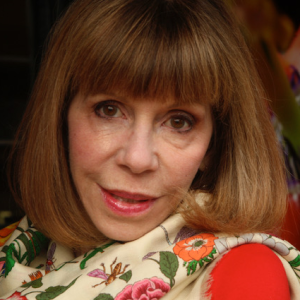 Over time, men in power have excluded women from policy-making, and excluded scientists from Rachel Carson on. As a result, look where we are! Much of Earth’s magnificent web of life is threatened by greedy corporations, cowardly leaders, and “the catastrophic errors of war and destruction of the environment,” as Carl Sauer wrote in Man and Nature: America Before the Days of the White Man. (Turtle Island Foundation,1975)

Before we lose more of the happiness and solace that nature gives us from childhood on, why not seek wisdom from cultures that managed to survive far longer than ours?

Since we seem to learn best from stories rather than from hard truths, and since spiders have survived on Earth for 360 million years or so, I propose a spin through some lively spider stories from around the world. Please read these stories aloud to children from my storybooks or listen to them on my audio storybooks with original music by composer Sara Mac Lean (See below). Or have the fun of learning to tell them by heart. I include some tips on telling at the end of this blog.

Here’s a spider story I learned from the great writer and teacher, Darryl Babe Wilson, PhD, of the Achomawi tribe in the Pitt River Valley near Mount Shasta. We met through my friend Malcolm Margolin, champion of Native cultures, founder of Heyday Books, and publisher of Notes from Native California.  Darryl gave me permission to share the story.

Atop the tallest tree in the forest, Spider Woman’s web hung white with snow. Her sixty little spider children shivered as they slept. Snow had fallen every day for months. All the animals were cold, hungry, and frightened. Food supplies were almost gone. No one knew what to do.

Finally they decided to wake Coyote and ask him for help. Coyote had been around since almost the beginning, so they went to the cave where he slept, woke him, and asked if he knew how to reach Silver Gray Fox.

Then he spotted Spider Woman swinging down on a silky thread from the top of the tallest tree in the forest. Spider Woman had been on Earth far longer than Coyote had.

“Oh, Spider Woman! Oh, wise one! We are all cold and hungry. We’re all afraid this winter will never end. Can you help?”

Spider Woman swayed her shining black body back and forth, back and forth, thinking and thinking. Her eight eyes sparkled when she spoke. “I know how to reach Silver Gray Fox, but I’m not the one for the work. You’ll need my two littlest children. They’re light as dandelion fluff, and they’re the fastest spinners in my web.”

“My dear little quick ones, are you ready for an adventure?” said Spider Woman.

Spider Woman told them her plan. Then the Spider Twins set off with Coyote into the snow. They hadn’t gone far when they met the White-Footed Mouse Brothers rooting around for seeds.

Coyote told them Spider Woman’s plan. “Will you help?”

On the trail to Mount Shasta, they met Weasel Man looking hungry and thinner than usual. Coyote told Weasel Man the plan. “Will you help?”

Then they came across Red Fox Woman swishing her big fluffy tail through the snowy bushes.

“Of course I will,” she crooned.

Rabbit Woman poked her head out of her hole and sneezed, shivering despite her thick fur coat. “I’ll come too.”

Meadowlark wrapped her winter shawl around her wings, and trudged after the others to the top of Mount Shasta. There the snow had stopped, but the sky was still cloudy and the air  was ice cold.

All the animals drew in deep breaths.

The White-Footed Mouse Brothers pulled back their bowstrings.

Two arrows shot straight up and struck the same spot in the clouds.

The White-Footed Mouse Brothers, Red Fox Woman, and Coyote sang as loudly as they could. Rabbit Woman sang and shook her rattle. Weasel Man sang and beat his old, worn elk-hide drum. The Spider Twins spun as fast as they could, sending out long, long lines of spider silk. All the singing lifted the spider silk into the sky, until the lines caught on the arrows stuck in the clouds. Then the Spider Twins scurried up their lines of silk and disappeared through a hole in the sky.

When the little spiders scrambled out onto the clouds, Silver Gray Fox spied them and demanded, “What are you two doing here?”

The Spider Twins bent low on their eight little legs. “Oh, Silver Gray Fox, greetings from our mother, Spider Woman, and all the creatures below. Please will you let the sun shine again? Everyone’s cold and hungry and we’re afraid winter will never end.”

The Spider Twins were so polite that Silver Gray Fox asked more gently, “How did you get up here?”

“Do you hear everyone singing and the drum and rattle? Our mother made the plan.”

Silver Gray Fox nodded. “You all worked together, even that rascal Coyote? Your mother made a good plan. As a reward, you may help me create a sign that spring will come. First, picture a beam of sunlight curving across the sky.”

The Twins thought hard, and a golden light curved across the sky.

“Now picture stripes of red and of blue on either side.”

The Spider Twins thought hard, and the stripes appeared.

“Now in between, add stripes of orange, violet, and green.”

The Spider Twins stared at the glowing arch of colors in the sky.

Down below the clouds, the singing had stopped. The animals were colder, hungrier, and more worried than ever. Spider Woman missed her two youngest children. Each day she missed them more.

Finally, the Spider Twins spun back down to Earth.

Spider Woman wrapped all eight legs around her two littlest children. Their fifty-eight sisters and brothers jumped up and down with joy.

As the clouds began to drift apart, sunlight warmed the damp  air.

“Look up!” the Spider Twins cried.

There bridging Earth and sky was the very first rainbow!

Sun began to warm the earth again. Grass pushed up its pale green arms through the melting snow. Meadowlark blew her silver whistle of spring across the valleys, calling streams and rivers awake. Coyote raced to a hilltop and gave a howl of joy.

All the animals held a feast in honor of Spider Woman, the Spider Twins, and the hard work everyone had done to survive the long, hard winter.

Now on wet mornings, a tiny rainbow glows inside dewdrops on every spider web–that is the spider’s special reward. You can see for yourself.

A special side note? Daryll had twin sons whom he called Hoss and Boss.

You can also read this tale to children from my illustrated storybook, Spider Grandmother’s Web of Wonders, a gathering of wise and witty traditional tales with themes that link diverse cultures. Though we cannot go back to an earlier way of life, these stories can open our minds and hearts to wisdom that can help mend the deep web of life itself.

Here are some tips on telling “The First Rainbow”: 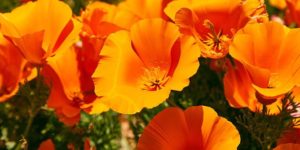 Children’s Favorite Tales: What They Give & What They Ask

In childhood, my favorite Hans Christian Andersen fairy tale was ‘‘The ‘Snow Queen,’ in which little Gerda undertakes a long, dangerous journey to rescue her

For 400 million years or so spiders have survived everywhere from underwater to cloud level. Though tiny and delicate, spiders spin and mend webs of

Fascinating analysis of the ancient lineage of our stories today. I love the image that stories spread over time both vertically and horizontally– like tree